12,63 EUR
Oltenia area is a region located in southeast part of Romania. The pillow’s unique design is inspired by Oltenia houses and it’s a representative architectural type for this area. The house is built from round fir logs ended at the corners in a straight notch. The house has a veranda, positioned asymmetrically on the main facade with beautiful carved pillars; its purpose is to increase usable space and to protect the entrance in the cellar.
This house exists in reality, it’s a house from Măldărești village which was brought and restored in 1936 at the Bucharest Village Museum.
Measurements: length 10 cm; height 6 cm; width 3-4 cm; weight 15 grams.

Proudly made in Romania by locals

Irina and Alex Stanciu both graduated from the University of Architecture and Urbanism in Bucharest. Later, in 2013, the two decided they wanted to start a personal project that would give them more liberty and creative freedom and so Square Art Studio was founded. Now Irina and Alex make interior decorations and design. Inspired by the traditional architecture in five areas of Romania (Banat - west, Moldova - east, Muntenia - south-east, Oltenia - south-west and Maramures - north-west) they created house-shaped pillows and small decorations integrated in one collection named Houses and Angels.
Firstly they digitally projected each house; afterwards they cut house shapes out of a fabric called chintz using special stencils. Irina paints each piece of fabric with textile paint and then she iron-presses it to help set the paint. Alex assembles each small house with the sewing machine, adding filling for more volume. The bigger pillows are printed respecting the original hand paintings.
If you want to express your opinion about this product you can add a review.

The review was sent successfully. 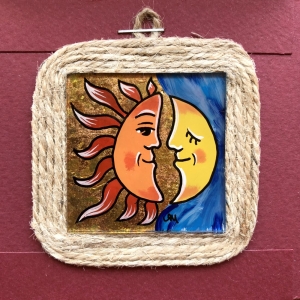 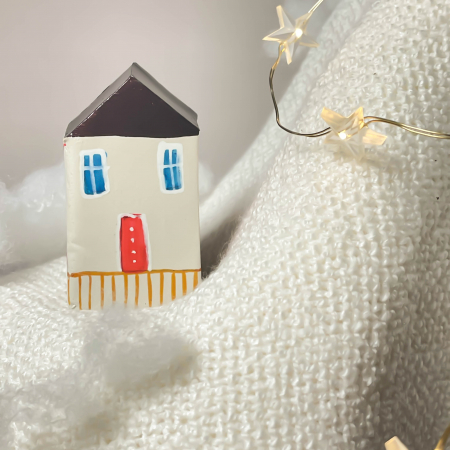 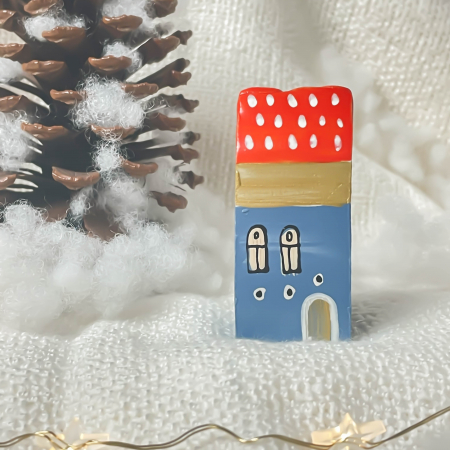 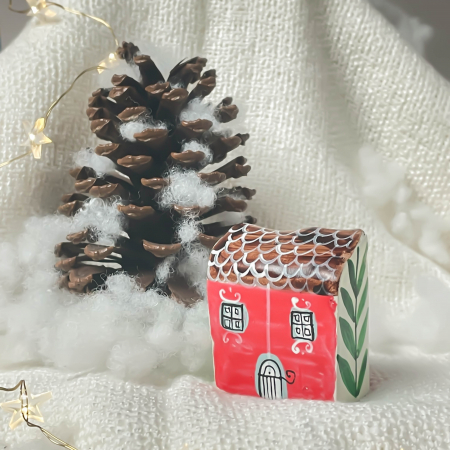 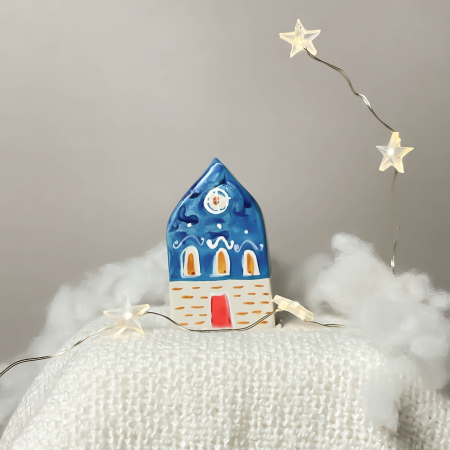 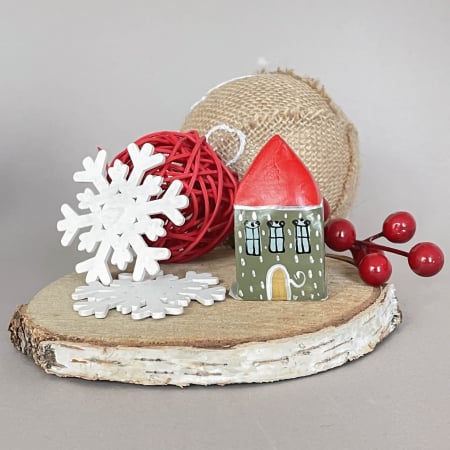 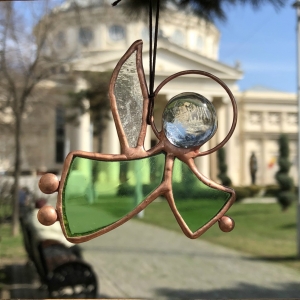 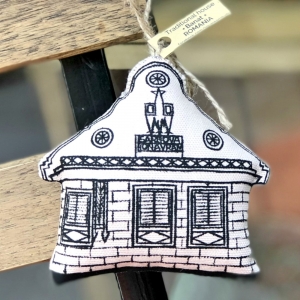 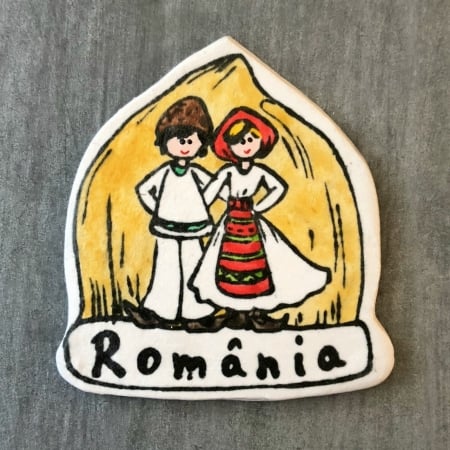 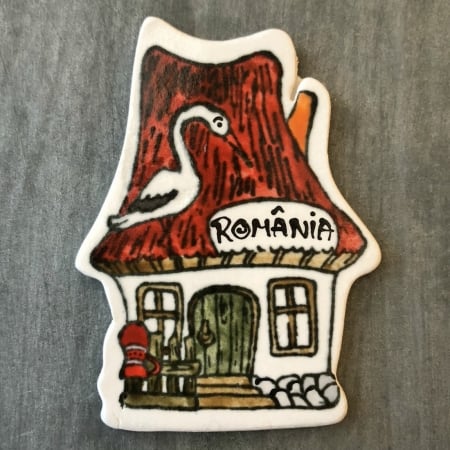 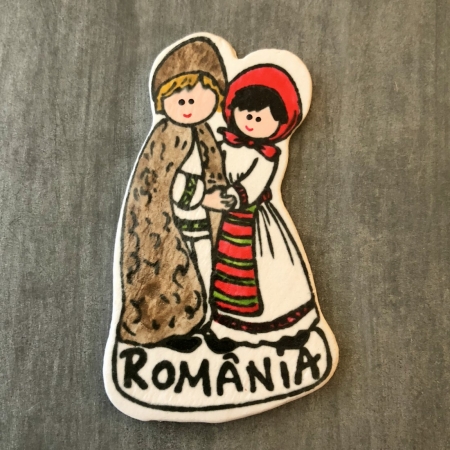 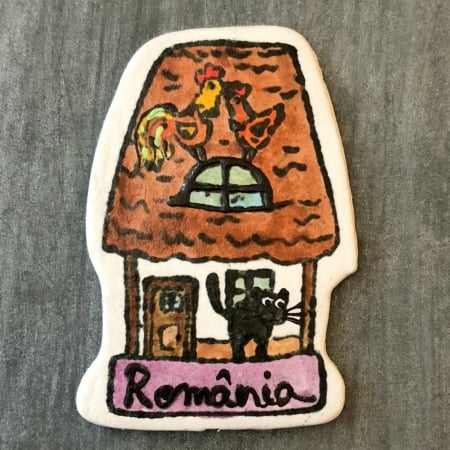 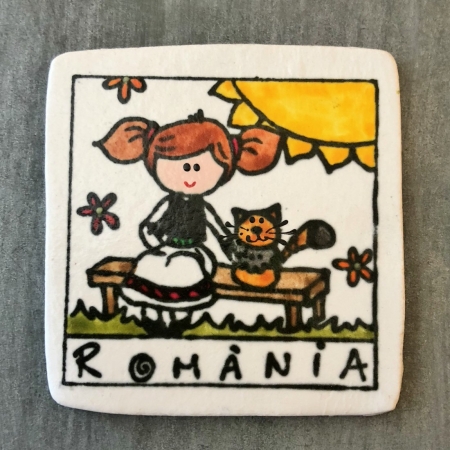 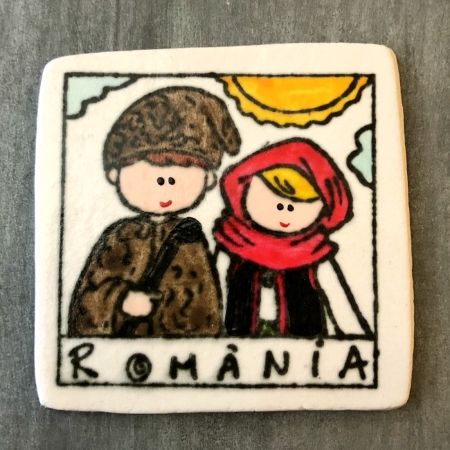 You must add at least one product to compare products.

Was added to wishlist!

Was removed from wishlist!